Downright, do you know why you need an Android Head Unit for your BMW? BMW car owners debate this extensively whenever they happened to talk about the car system. However, both has its own advantages and setbacks. But, the question remains, which one weighs more? In common, if you love using your Android smartphone, then you will obviously like the android head unit for your BMW. 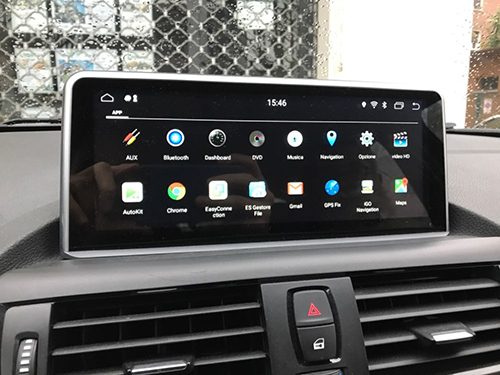 In the past decade, BMW’s idrive has improved remarkably in terms of performance and features. A few years back, many functions won’t work when paired with a smartphone. Relatively, it is because of the compatibility issues. Considerably, those issues were rectified largely and the latest BMW navigation DVD comes with increased compatibility with a wide range of smartphones.

However, the issue is not completely eradicated. Still, car owners face issues while using their androids connected to the car system. Awfully, BMW doesn’t offer the android auto. An Android head unit is the best option to enjoy the Android experience in your BMW.

Below are some of the reasons why an android head unit is better:

User Experience is the prime and foremost reason why many BMW car owners opt for an android head unit. Though idrive is trying hard to update it’s UI, it anyway lacks when compared with Android.

Concurrently, people who use android on a routine basis through their smartphones tend to find it better compared to idrive. Though idrive offers mobile office features and telephony, it feels great when it is accessed through the BMW head unit with the android.

Using your smartphones while driving can become a disaster. Especially, when you want to access your favorite Android apps. Evidently, the aftermarket android head unit is a superior alternative for such issues. Astonishingly, Android BMW head unit is compatible with all the apps that your smartphone can operate.

Further, not all the available apps in the android can be accessed through idrive. After all, even if you can connect your smartphone with idrive, many apps won’t work as it does in your smartphone.

In fact, BMW head units comes with several other features which prove to be improving the quality of your car’s infotainment.

You can customize the apps and features as per your requirement. On top of that, you can add additional equipment which syncs only with the android. What’s more? You get to customize the menu options, themes, and screen resolution. 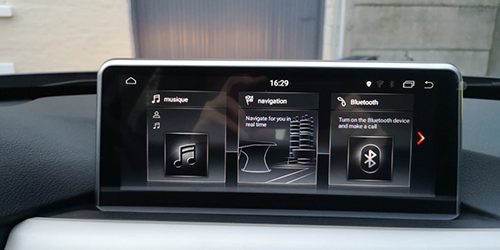 Undoubtedly, idrive is improved in terms of technology and UI. But still, android being a dedicated platform for communication and infotainment, idrive lacks big time put together the performance. As a matter of fact, many BMW car owners who purchased their cars very recently opt for Android head unit. Simply because they can precisely feel more comfortable using the android while driving their BMW.